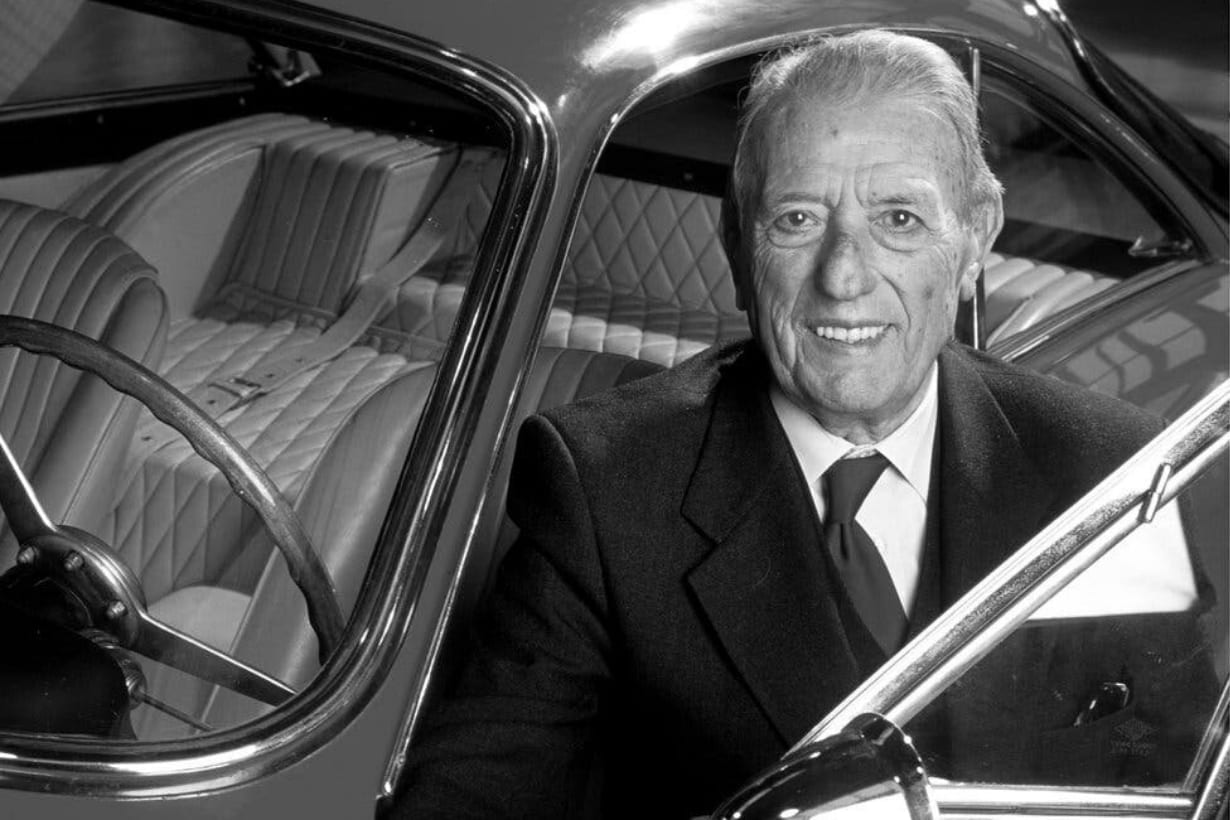 After World War II, Sergio Scaglietti started his company as an auto repair shop, located across the street from Ferrari in Maranelo, Italy outside Modena, Italy. This shop was, at first, primarily a race car repair shop for all racers. Enzo Ferrari first met Sergio Scaglietti at his shop when he brought one of his cars in for repair. Enzo saw the craftsmanship of Scaglietti and offered him a job to work with Ferrari. In the late 1950’s, Enzo Ferrari cosigned a loan to help Sergio Scaglietti expand his company, now called Carrozzeria Scaglietti. In return, Enzo wanted Sergio to create and design coachwork bodies for Ferrari. Scaglietti created his cars from hand and rarely ever sketched them out in blueprints beforehand. He would use a wire frame around the chassis of the car and sculpt a body around it. Scaglietti bodies are lightweight and aerodynamic for the era which made them perfect for the Ferrari racing program. Sergio Scaglietti is also credited for the design of the headrest bump seen in most racing Ferraris of the era. Scaglietti built the bodies for the Ferrari 250 GTO and the 250 Testa Rossa, like the one we have in the museum. The Ferrari Testa Rossa’s pontoon fender design was created as a cooling agent for the brakes. The pontoon fender design allows cool air to flow to the brakes to prevent overheating during a race. Our 1958 Ferrari 250 Testa Rossa was the first publicly available Testa Rossa on the market and was already sold after its country wide tour in 1957. It was delivered to its first customer on November 25, 1957, three days after its major press conference. It is the only one made with a removable front nose.

Scaglietti also produced a child’s pedal car of the 250 Testa Rossa, the 180 Testa Rossa. It has a 180 watt, 12 volt engine, independent suspension, and could travel up to 8.5 miles per hour. Roughly 25 were produced with few in existence today, with one on exhibit in our Targa Florio exhibit.  Today, Scaglietti is owned by Ferrari and is used to produce the Aluminum bodied F430’s and 612 Scagliettis.

Sergio Scaglietti and Enzo Ferrari, and the Testa Rossa

Sergio Scaglietti was responsible for some of the most iconic styling concepts in the history of the Ferrari, including the 180 Testa Rossa