The Simeone Foundation Automotive Museum will be closed until further notice due to the COVID-19 pandemic. 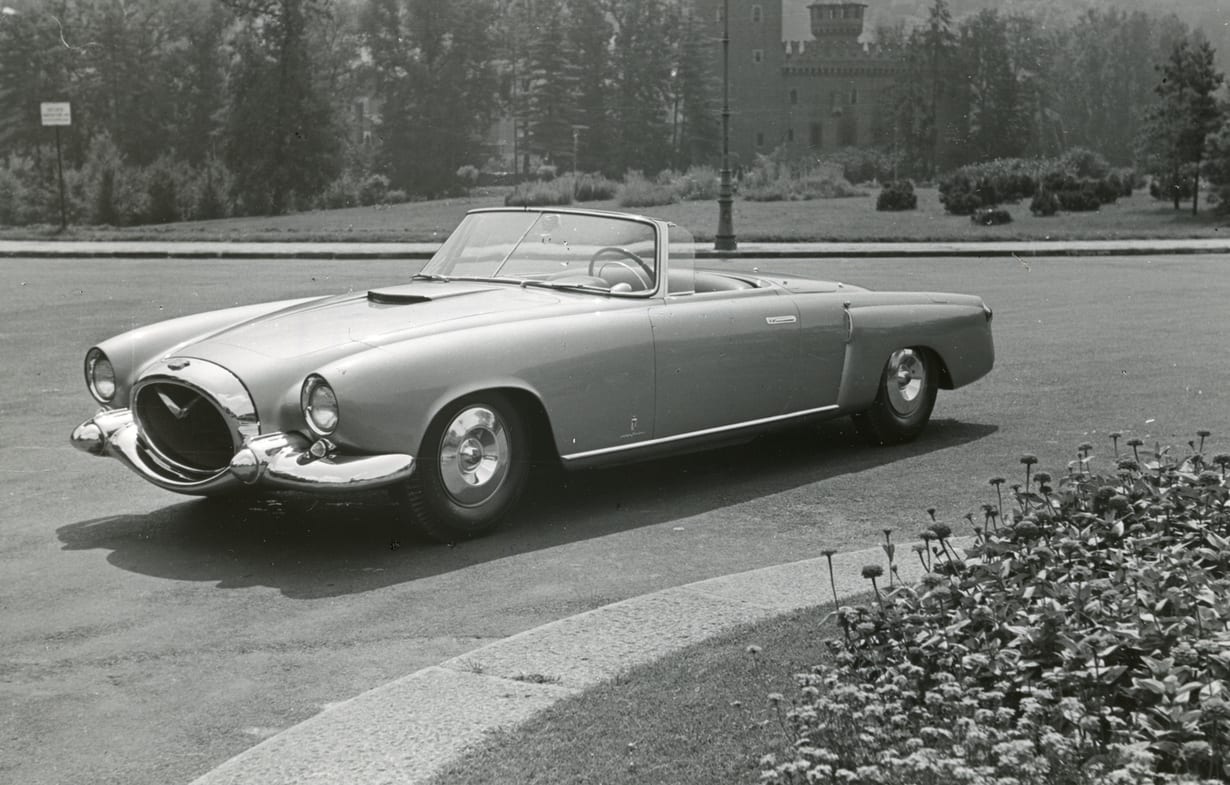 When you think of coachbuilders, the first one to come to mind is probably Pininfarina. The love for cars and coachwork started when Battista Farina began working for his brother Giovanni’s shop at the age of 12. Since Battista was the youngest in his family, he was nicknamed “Pinin” which is Turinese dialect for smallest in the family. Battista Farina started Carrozzeria Pininfarina in 1930. At this time in the company’s career, Pininfarina built bodies for companies like Lancia, Cadillac, and Rolls Royce. In the 1930s, Pininfarina was the first coachbuilding company to go away from the conventional body on frame coachwork bodies to monocoque unibody coachwork bodied construction. To be able to compete with other automotive coach builders, Battista set up his own facility dedicated to research and development, and to producing steel body dies. This allowed him to create larger series of special coach built cars more efficiently.

By the time World War II hit, just like almost every other automotive manufacturing facility, Pininfarina used their resources to produce ambulances for the war. After the war ended the facility went right back up and running as a coachbuilding facility. Pininfarina started working with Ferrari in 1952, with Battista’s son Sergio starting to work for and manage areas of his father’s company. In 1954, Pininfarina created the design for the Ferrari 375 MM Spider, like the one we have in our Le Mans exhibit at the museum. In 1957 Battista Farina gave his son Sergio and son-in-law Renzo the opportunity to make the company grow. Together, the two of them created the largest and most advanced automotive facility of its era. At the company’s peak, they employed 185 people and produced an average of 25 prototypes per year. Sergio Farina ran the company till his death in 2012. Pininfarina was sold in 2015 to the Mahindra Group, who later created their own hypercar called the Battista.