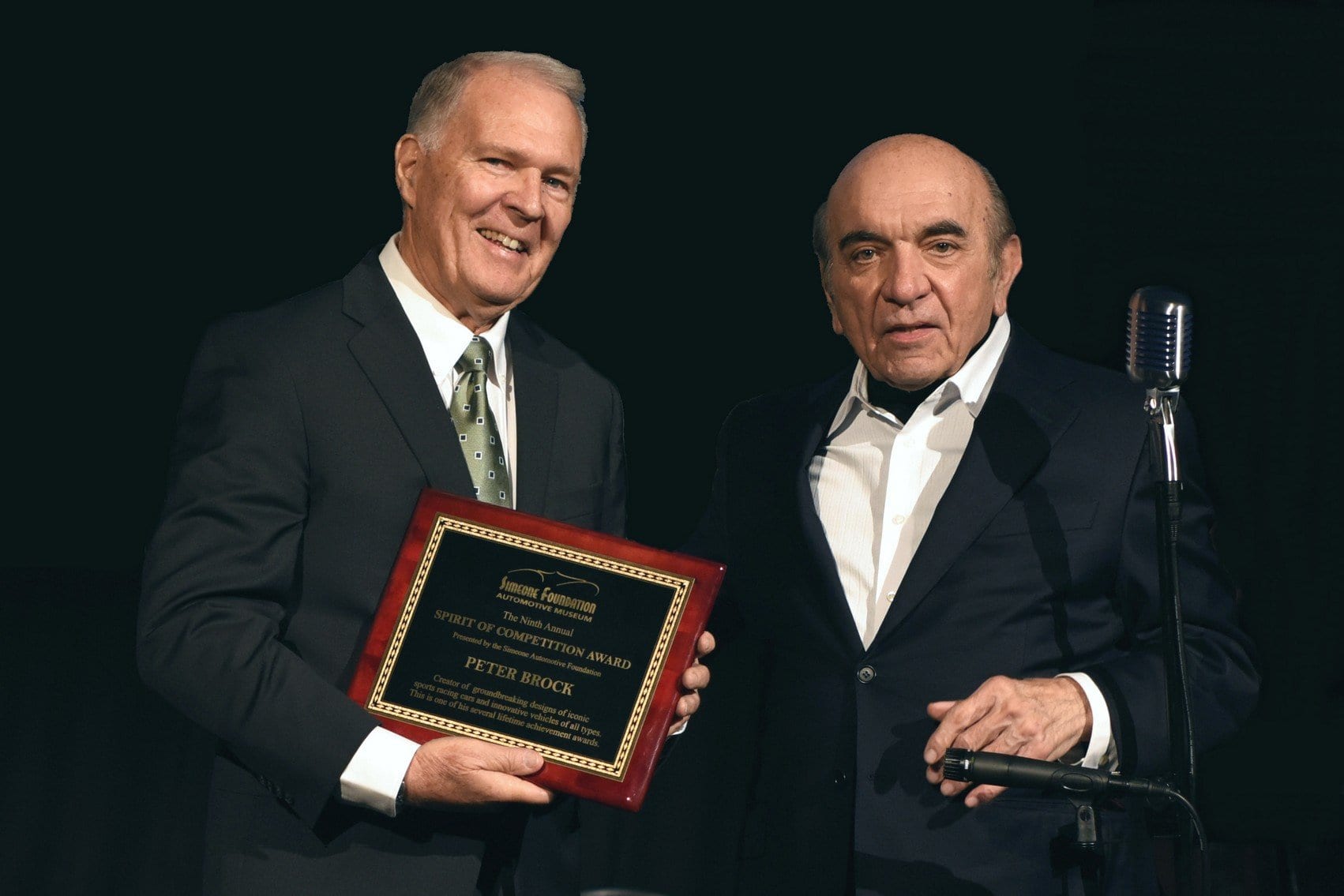 The Spirit of Competition Award was presented to Peter Brock for his extensive contributions to the world of automotive design and motorsport racing.

Pete Brock started his 60 year career in the automobile world as a youngster at the age of 19 becoming the youngest designer ever hired by General Motors’ design department, GM Styling. Peter was responsible for helping Bill Mitchell and his team of designers, create the Corvette Stingray & Grand Sport. At the age of 21, he obtained his SCCA race license, Brock left GM in 1959 to return to California where he started working for Max Balchowski at Max’s Hollywood Motors shop during the day and worked on his race car, a mid-1950s Cooper that had run at Le Mans, at night.

In 1961 Carroll Shelby hired Brock as his first paid employee, running the Carroll Shelby School of High Performance Driving. Brock worked at Shelby American until the end of the 1965 season on the Shelby American brand, creating the logos, merchandise, ads, and car liveries. He designed the Shelby components of the Shelby Mustang GT350s and designed race cars for Shelby such as the Lang Cooper, Nethercutt Mirage, De Tomaso P70 and the legendary Shelby Daytona Cobra coupes that won the FIA GT World Championship in 1965. In December 1965 Brock started his own design firm and motor racing team, Brock Racing Enterprises (BRE) which worked with Hino, Datsun and Toyota. The race team was disbanded at the end of the 1972 season when Brock moved on to hang gliding.

Brock founded Ultralite Products, which he built into the largest hang gliding company in the world, and developed the sport of long distance hang gliding competition. Brock continued his career as an Instructor, author, and photographer. Brock continues to design clay models of new automotive designs and in 2008, he designed an aerodynamic car trailer called the Aerovault, with all aluminum aerodynamic construction.