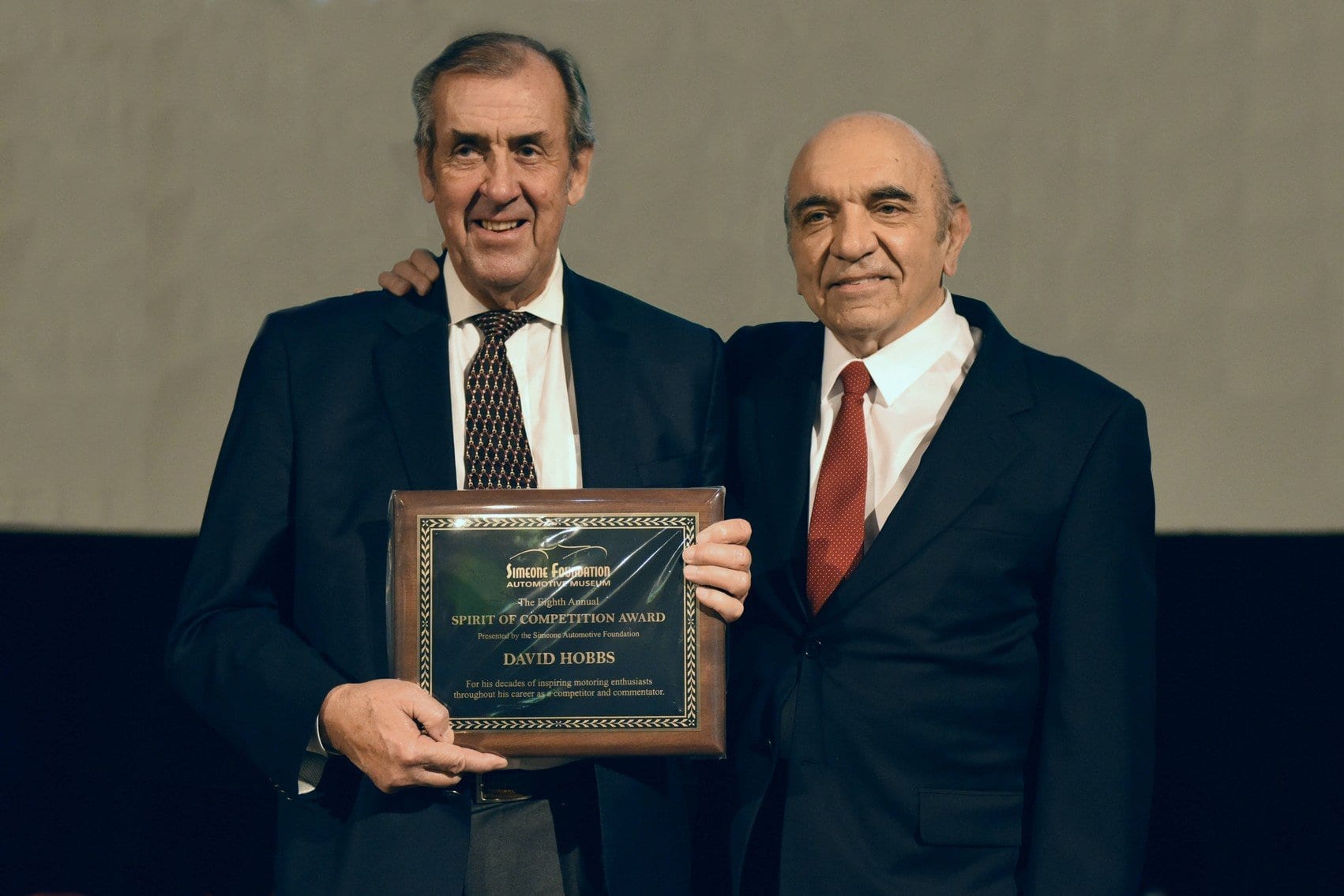 David Hobbs was the recipient of the Spirit of Competition Award for 2015.

David’s career in motorsports began in the 1950’s behind the wheel of his mother’s Morris Oxford.

In 1976, while still actively racing, David embarked on a career in broadcasting, providing colorful commentary for such networks as CBS, ESPN, Fox Sports, Speed TV and NBC, where he is an analyst and color commentator for F1 coverage.

The Spirit of Competition Award Dinner included music by the Gin Canaries.