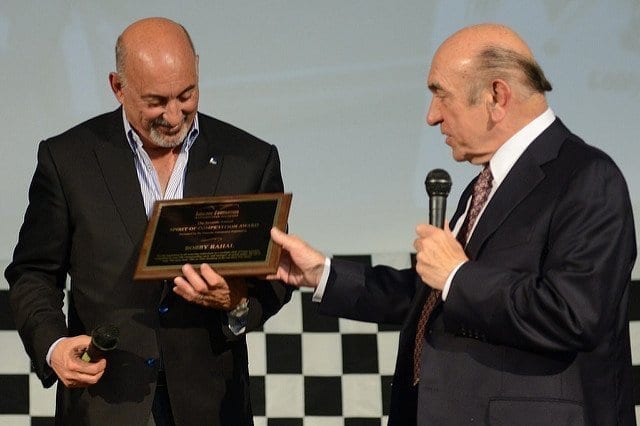 Bobby Rahal – winner of the Indianapolis 500 as both a driver and car owner – will receive the seventh annual “Spirit of Competition” Award on Wednesday, October 29 2014, at a gala fundraising dinner at the Simeone Foundation Automotive Museum.  Past recipients of the award include Mario Andretti, Janet Guthrie, John Fitch, Craig Breedlove, Sam Posey and Hurley Haywood.

“Bobby Rahal was the type of driver who could drive – and win – in any kind of race car”, said Executive Director Fred Simeone. “He won the Indy 500 in an open-wheeled car, and won long-distance endurance sports car races. Plus, he competed in Formula One and NASCAR. Today, drivers rarely have the ability to do that.”

Presenting the award to Rahal will be Bill Warner, chairman of the Amelia Island Concours d’Elegance.