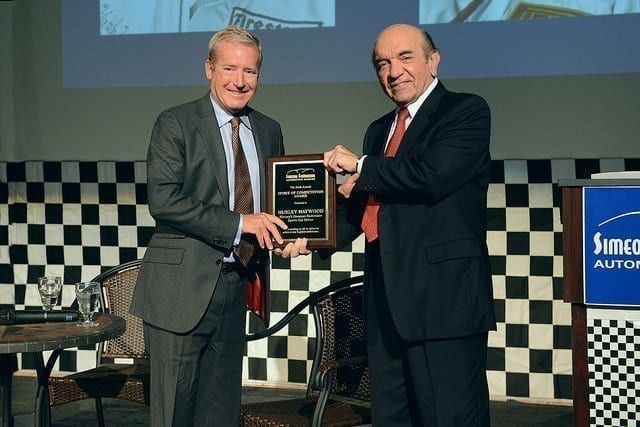 Introduction was given by Bill Warner, Chairman, Amelia Island Concours d’Elegance.
Hurley Haywood has won LeMans three times (1977, 1983, and 1994). He has a record five wins at the 24 Hours of Daytona. He won Sebring in 1973 and 1981. He also represented IMSA in the International Race of Champions in 1986, 1989, 1992, and 1995. He is currently chief driving instructor at the Porsche Sport Driving School and he is the driving force behind Brumos Automotive.