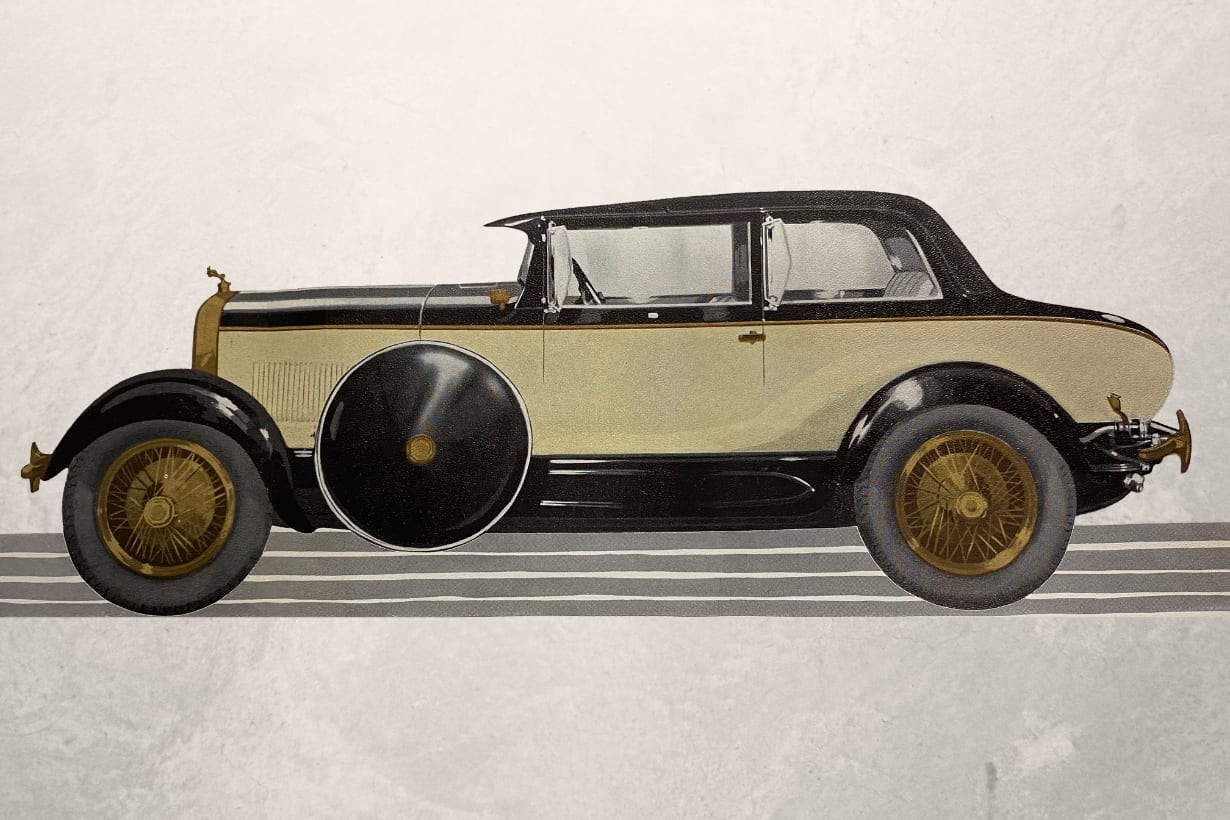 Whereas many automobile manufacturers around the world, since the early days of motoring, included a specific sports car in their production line, cars specifically for speed and sport were rare in the United States. The major manufacturers of Europe, France, Italy, and England made a distinctive sporting machine which could be used not only for the pleasure of driving, but for road competitions and pride of ownership. However, the American Sports Car was absent.

The definition of a sports car is sometimes vague, but the dictum “you know one when you see one” is probably a saving reference. These cars were popular on the other side of the ocean, and today they represent the most desirable collectible automobile not only for their exciting experience, but also for their competitive spirit on the road.

Despite the fact that these cars flourished overseas, there were precious few series produced automobiles distinctively for sport made in America after World War I. We know that during the first two decades of the 20th century, Mercer, Stutz, American, made a distinctive line of cars exciting design, increased performance modifications, capable of performing on the track as well as the road. But after World War I, the series produced American sports car dwindled to virtual nonexistence. From the 1920s through the mid-1950s, America manufacturers with very few exceptions did not set aside a vehicle specifically designed for motorsport. We mention such rarities as the Paige, Kissel, and Stutz representing the entire 1920s. Only the Auburn speedster in the 1930s was of exciting design wherein speed was clearly emphasized. Very few sold and some were even re-bodied to the more staid current paradigm.

This series intends to bring to light the interesting sports cars that American manufacturers proposed in their sales literature, in a failing attempt to interest American buyers. Nevertheless, these stillborn vehicles were of interesting design and their memory should be revived. Fortunately, our library has an extensive collection of sales literature which, besides illustrating the cars and their features, hawk a sporting motoring experience.