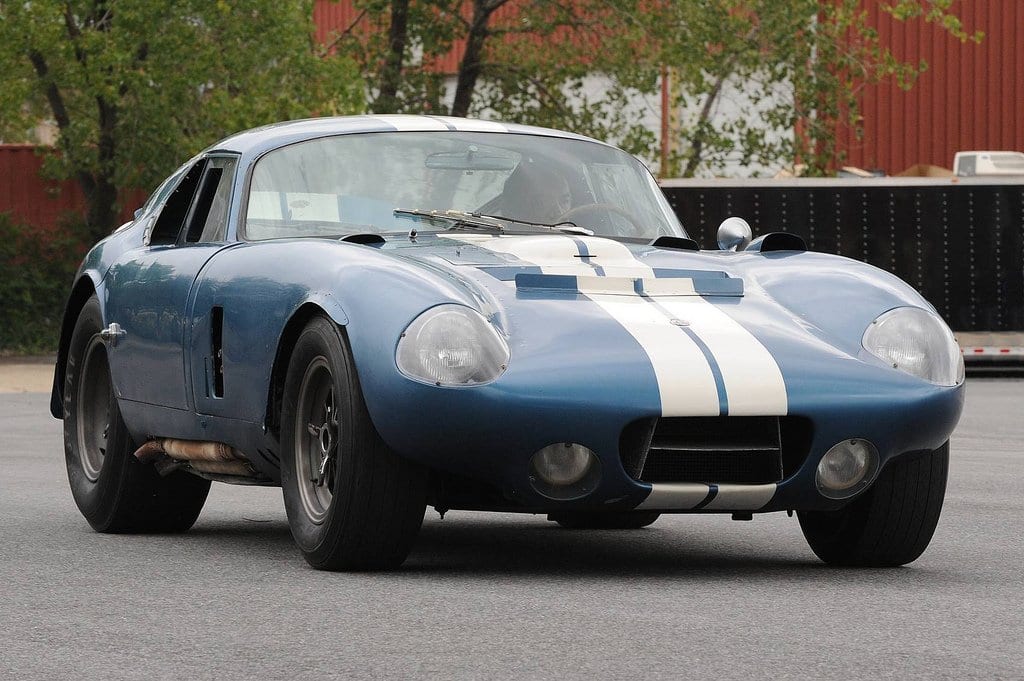 On September 17th, The Museum hosted a day dedicated to the appreciation of some of the milestone automobiles created by Carroll Shelby. Shelby Racing Legends Day was presented with Team Shelby Northeast and brought together enthusiasts, a former Shelby employee, original and ‘new generation’ Shelbys, and some very historical Shelby vehicles – including the first Cobra Daytona Coupe ever produced. The event began in the center area, where an example of almost every Shelby race and production model was on display. Dr. Simeone made a presentation on the history of Shelby automobiles, and the Shelby Racing program. Chuck Cantwell, the father of the Shelby Mustang, then came onstage for a question amp answer session, centering on his days working for Shelby American back in the mid 1960’s. On display in the center stage area were Cobra Daytona Coupe – This was the first one made (#1 of 6 total cars). It was the first Daytona coupe to race (Daytona, 1964, where it got its name), and the last (Bonneville Salt Flats, where it set 23 international speed records in 1965). This car is called the “Lost Cobra” since it was hidden away for over 30 years. Today, it is the most original of the six coupes. Ford GT40 Mk II – This is one of two Alan Mann Racing lightweight GT40 MkIIs. This car was entered in the 1966 Le Mans, driven by Frank Gardner and Sir John Whitmore. It is identical to the Fords that came in 1-2-3. Ford Mk IV – This is the Lloyd Ruby/Dennis Hulme entry for the 1967 Le Mans. It is in almost exactly the same condition as when it left the track 45 years ago. 1965 Shelby GT350R – One of the original 36 “R” models produced, this car, serial number 5R103, took the title in 1966 driven by Walt Hane. When the total number of race wins are tabulated, the record shows that this car won more races in its career than any other R-Model. (courtesy of Three Dog Garage.) 1968 Team Shelby Trans-Am Mustang – One of the two Mustangs entered in the 1968 Daytona 24-hour race, by Shelby Racing and driven by Jerry Titus and Ronny Bucknum. It finished first in class and an amazing fourth overall behind three Porsche 907s. (courtesy of Three Dog Garage.) Shelby GT350 – Chuck Cantwell’s personal car. 427 Cobra Roadster (courtesy of Steve Pagano) 289 Cobra Roadster (courtesy of Bill Jacobson) When the Q amp A session was over, the Daytona Coupe and the GT40 Mk IV were moved outside for a demonstration of the cars on the 3 acre lot behind the Museum. At 2pm, judging began on the 30 plus Shelbys in the car show, with Dr. Simeone and Chuck Cantwell assisting in judging.