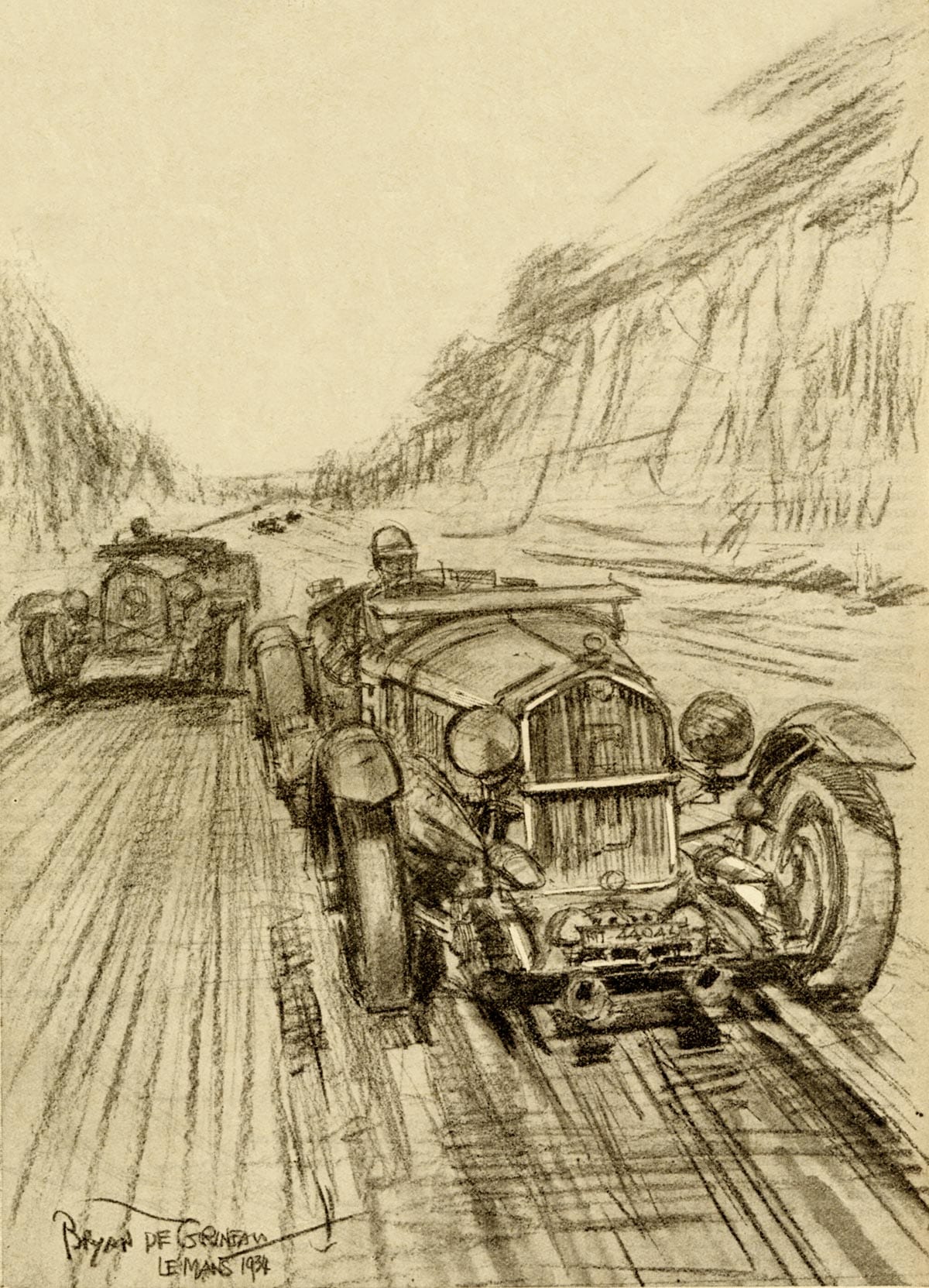 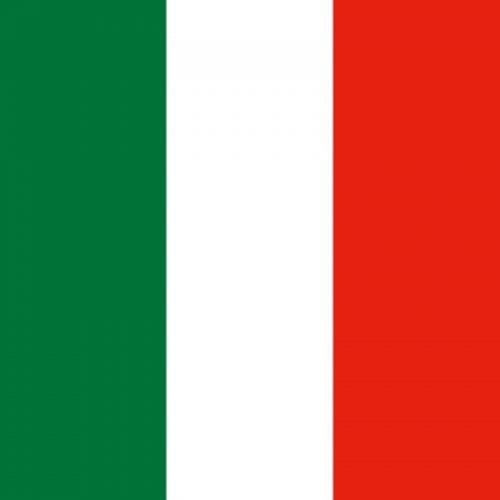 Our car is 1 of only 8 built and raced at Le Mans, piloted by the famous Lord Earl Howe. These superior race cars won at Le Mans 4 times in a row from 1931 to 34.

Through the generosity of Bruce Perrone, who kindly donated an extensive collection of original Alfa Romeo material, most notably an extensive blueprint file, we can trace the development of the 8C 2300 Alfa Romeo, and particularly the long chassis cars, which appear in wonderful side elevations begun as early as 1930. Simon Moore believes that the initial racing shop program was to run two sports cars in the Mille Miglia, Grand Prix cars, for Monaco and Monza, long-chassis cars for Le Mans, and cars with spartan bodies, which were acceptable for the Targa Florio race in May. This distribution of chassis styles and body types indicates intense participation in all forms of racing, and this persisted aggressively throughout most of the 1930s.

Long chassis “Le Mans cars” were first built for 1931. The history of these long-chassis Le Mans cars shows they dominated long-distance racing, winning at Le Mans in 1931, 1932, 1933, 1934, and almost 1935 (were not for a technicality according to some observers). Their speed, reliability, and strength led to their great performances in these races, not to mention the fact that several would appear in each race. However, their puissance, for example, ours made the 1935 Le Mans fastest lap demonstrates their mechanical dominance.

In 1933 Lord Earl Howe purchased this car as a replacement for his chassis 2111005. This was a third series car with 180 horsepower engine of the latest design. It was one of the eight cars Alfa made with standard racing Le Mans bodywork by Touring of Milan. He painted it his favorite color, now known as Howe blue. He registered the car in 1933 and Count Johnny Lurani picked it up and drove it from Milan to the hands of its new owner. It wore the Italian registration 44045MI for quite some time after Howe received it, and this original Italian plate is still with the car. He raced it in 1933 but did not enter Le Mans because of an eye injury.

In 1934, however, along with Tim Rose-Richards, this was one of four 2.3 Alfa Romeo automobiles in that race. He led for a while and then while in seventh place overall, his clutch failed and he had to retire after 1,146 kilometers. A similar Le Mans Alfa Romeo driven by Chinetti and Etancelin won the race. The next year he had several successes including a victory at the Targa Abruzzo at Pescara, a race attended by several 8C 2300 Alfas and other significant high horsepower metal. He again went to Le Mans in 1935 with his Co-driver the Honorable Brian Lewis. They led for seven laps and then fell behind. At 5:30 AM Lord Howe holed a piston and had to retire although he set a record lap time of five minutes and 47.9 seconds, the fastest lap time of the race, averaging at 86.75 miles per hour for which he earned the “Mellieur Tour”.

Later that year he sold 2311201 to his son-in-law Commander Home Kidtson, younger brother of Bentley Boy Glen Kidtson, and uncle of current classic car expert Simon Kidston (who kindly sent me some wonderful photographs of the car). Kidston enjoyed victories at the Brighton speed trials, Brooklands, Shelsey Walsh and Donnington. At the outbreak of the war in 1939 he garaged the car with some other wonderful sports racers. After the war he used it sparingly and then in 1950 sold it to Sir Ralph Millais after which it went through two other owners from the 1960s to 1999 when it sold again at a Coys auction.

While in his ownership Millais he wrote to Commander Kidston to determine which of Howe’s Le Mans Alfas he really had, on April 4, 1963. “Dear Commander Kidston, I am taking the liberty of writing you regarding my 2.3 8C Le Mans Alfa Romeo, which was in your possession for many years. I have the original logbook showing Earl Howe as the original owner in England when the car was registered in 1935 and yourself as the second owner in 1936 and 1940. The chassis and engine number are 2311201, and the open Le Mans 4-seater is still painted blue. The point I should be grateful for your comments on is that on acquiring this magnificent vintage car three years ago, I wrote to Lord Howe for confirmation that it was the car in which he and Tim Birkin won the 24-hour race at Le Mans in 1931. His reply was in the affirmative, and other people of the Vintage Sports Car Club have always understood that this car was the 1931 winner. Recently, however, Mrs. Boddy and Jenkinson of Motor Sport have stated that my car, ex-Howe and yourself, is very definitely not the winning car and have gone out of their way to prove that it is a 1932 car and the one which Howe and Birkin drove in 1932 at Le Mans but retired during the race. It may also have been the same car in which Howe and Brian Lewis (Lord Essendon) drove in 1935 and made the fastest lap before retiring. I should be grateful for your early reply. I am attending a meeting of the BCCC on Thursday next, and any information you can give me would be most acceptable. I am taking the liberty of enclosing a photo of myself competing at the Prescott last year. Yours sincerely, Sir Ralph Millais.”

As confirmed by photographs in Simon Moore’s book, this is the car that Howe drove at Le Mans after his ownership in 1934 and with which he made the fastest lap in the 1935 race. For reasons mentioned soon, it is not a car Howe drove in the 1932 race. Several years later we obtained it as the Coy’s high bidder. It has since enjoyed a quiet but highly rewarding life. The upholstery and the tonneau cover are original. It is refinished in its original blue color, and all the mechanicals, including the engine, were refurbished by the previous owner so it now runs flawlessly. It is the first car in our line of Le Mans exhibits, and we start the dialogue with visitors by showing how the style of this rather unstreamlined four -passenger car gradually metaphorphosizes into, 37 years later, the 917 Porsche. The intervening Le Mans cars reflect this gradual evolution.

A fascinating reading from Earl Howe’s 1933 summary in the October 17th edition of The Motor entitled “A Strenuous Year of Racing,” in which he summarizes his racing experiences and those of other major races in general. He solves the mystery why, after taking delivery of this actual car in June 1933, he did not take part in the upcoming Le Mans race. For which they intended this Alfa, Simon Moore postulates that the certificate of origin issue date of this car was on June 8, 1933.

In theory, this should have been early enough for the car to be ready for Le Mans on the 17th and 18th of June. However, the car never arrived at the race. Whether this was because of a problem with the car, or to the fact that Tim Birkin had died shortly before up to debate, although Lord Howe himself was alleged to have had an eye problem.