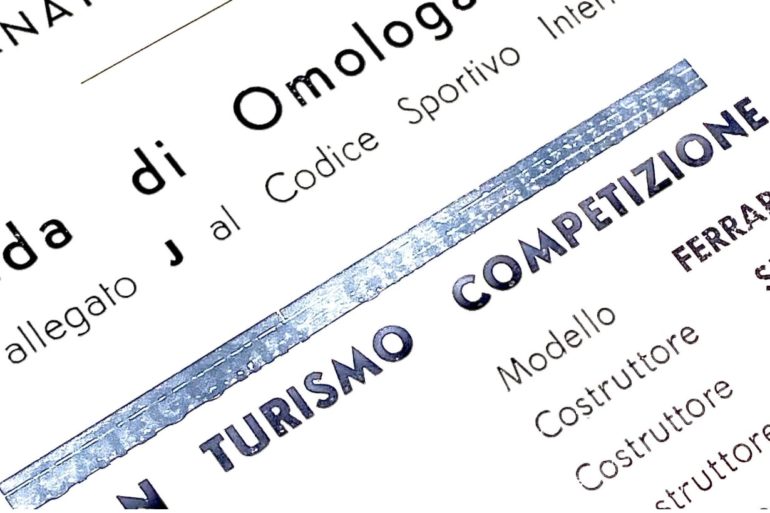 The Ferrari 250 LM hit the scene in October 1963 at the Paris Motor Show. This “Berlinetta” version was modeled after Ferrari’s 250 P prototype and shared many of the same features of the 250 P, including the chassis and running gear. This was by design, as Ferrari took home an impressive victory with its 250 P at the 1963 Le Mans. Piloted by the legendary team of Ludovico Scarfiotti and Lorenzo Bandini, chassis #814 finishing the race 16 laps ahead of the second place car. If Ferrari could build upon this achievement, his legacy as the preeminent race car manufacturer would be hard to question.

Unfortunately, this closed road variant would find itself mired in controversy from the start. Enzo Ferrari designed this car specifically to qualify and run in the GT Class of the 1964 Le Mans but the FIA, motor sport’s rule-makers, disagreed. Because Ferrari only produced 32 of this particular model, it did meet the minimum production requirement of 100, and the FIA refused to homologize it in the GT class. Ferrari would be forced to run the 250 LM as a sports-prototype in 1964 and 1965.

This Schedua di Omologazione is of particular interest as it relates to the story of the Ferrari 250 LM. This document contains two lines that were crossed off and later edited. The first line, Categoria Gran Turismo, shows that Ferrari clearly wanted to enter the 250 LM as a GT, but was forced to resubmit as a Categoria National Gran Turismo Competition. Below that we see that Ferrari also amended the Anno Inizio Fabbricazione, or the start year of manufacture from 1963 to 1964, which is presumed to be related to the quarrel over its classification.

Due to ongoing research, information about this object is subject to change.